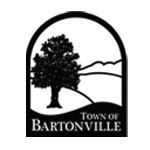 Before a plea is entered, the following information should be considered:

Under the U.S. Justice System, all persons are presumed to be innocent until proven guilty. On a plea of not guilty, a formal trial is held. As in all criminal trials, the State is required to prove the guilt of the defendant "beyond a reasonable doubt" before a defendant can be found guilty by a Judge or jury.

Your decision concerning which plea to enter is important. You should carefully consider each plea before making a decision. If you plead "Guilty" or "No Contest" in open court, you should be prepared to pay the fine and court costs immediately. You may contact the Court Clerk's office regarding how to make the payment.The state has the burden of proving you violated the law.

You have the right to hear the state's evidence and require the state to prove you violated the law.

You have the right to hear the State's evidence and to require the State to prove you violated the law; and

Plea of Nolo Contendere or No Contest

A plea of nolo contendere means that you do not contest the state charge against you. The Court has the authority and will likely find you guilty, unless you are eligible and successfully complete a driving safety course and/or court ordered probation (deferred disposition).  A plea of nolo contendere cannot be used against you in a subsequent civil suit for damages.

Plea of Not Guilty

A plea of not guilty means that you deny guilt or that you have a defense in your case, and the State must prove what it has charged against you "beyond a reasonable doubt". If you plead not guilty, you have the right to a trial either by a Judge (known as a "bench" trial) or by a jury. You must also decide whether to hire a lawyer. You have the right to have a lawyer represent you in Court. However, you must pay for your own lawyer because the Court is not required to provide one for you, even if you are indigent. You also have the right to represent yourself. However, if you represent yourself, you must do so without any assistance from the Court.

If you wish to enter a plea by mail, use the blue form provided to you when you received your citation to indicate your plea and mail on or before your court appearance due date (printed on citation) to the court office at: